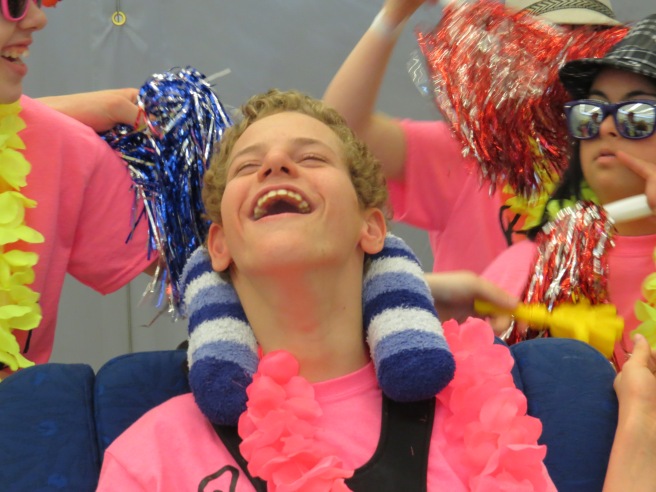 A couple of weeks ago I stumbled across an article in the Globe and Mail about Nico Montoya. Nico, along with his family, have been denied permanent residency in Canada because it is anticipated that Nico, a young teen with Down syndrome, could become an extraordinary burden to Canada and its citizens.  Extraordinary burden for Immigration Canada, of course, is defined exclusively by the anticipated financial cost to Canadian society. The fact that Immigration Canada has no real way of determining Nico’s potential abilities and contributions is apparently irrelevant. The fact that many people with disabilities, Down syndrome included, live full, productive, and employed lives has been ignored. Nico has been reduced to a diagnosis and a stereotype. His humanity and potential have been ignored and completely lost in the ensuing conversation. That is shameful. For Immigration Canada disability=burden. As a Canadian I am embarrassed. So very embarrassed.

Ultimately we know very little about Nico – his interests, abilities, and needs have not been shared with the greater community. We don’t know Nico the teenaged boy at all. But if we had the opportunity to meet Nico as a person and not a diagnosis then my guess is that we would probably learn pretty quickly that he is a lot like any other teenaged boy and has a similar future.  Nico may someday leave his family home, work, volunteer, make friends, develop hobbies, go to hockey games, celebrate milestones, form relationships, and so on. And you know what, Nico might need support as well. But last time I checked many of us do during our lives and we are not exclusively defined as a burden.  In other words, let’s be very careful about how we define who is “normal” and who has a “disability”.

We in Canada pride ourselves on being an inclusive and diverse society. However, if you are a member of a visible minority then that shiny image of tolerance and acceptance is often found to have cracks. As the parent of a child with profound disabilities I personally have found that disability continues to be a source of discrimination, exclusion, and rabid stereotypes on a frighteningly regular basis. People and communities who pride themselves on being enlightened, tolerant, and radically inclusive, can have blinders when it comes to seeing beyond disability and its corresponding stereotypes. My son is often not seen as human being but rather a list of medical diagnosis, and physical abilities (or lack thereof), with which assumptions and decisions about his life and participation in broader society are made. He is not Matthew, he has cerebral palsy, and that obviously means he cannot do stuff. His personhood is replaced by a diagnosis and everything about him is organized around that diagnosis and often faulty assumptions.

My son requires demanding care and people who know me know I am painfully honest about that fact. I resist caregiving narratives that gloss over the challenging reality of being a full-time caregiver because these stories do a disservice to those of us who care. But I also actively resist the notion that my son is simply a diagnosis or a societal burden. He is Matthew. He loves bubbles, cartoons, and music. He sings in a choir and is a member of a colour guard that has performed internationally (pictured above). He is an employer, friend, and son. He may not become a lawyer, butcher, baker, or candle-stick maker, but he is a vibrant member of his community and those who cannot see that may themselves be burdens to society by virtue of their lack of vision and creativity. Because in my view that colossal lack of vision limits us all.

Rick Mercer in his latest rant said “my Canada includes an extra-chromosome” and I wholeheartedly agree. I would extend that to say that my Canada includes people. All people. Full stop. Let’s stop defining people by what we visibly see, or by what we imagine based on stereotypes. Let’s stop defining citizens by their wheelchair, sexual orientation, hijab, colour of skin, whatever, and simply see diverse people – valuable members of Canadian society who bring forth a unique collection of contributions.  It is very limiting to live in a society where we are all forced to fit the mold of the dominant, able-bodied culture – this lack of imagination is our collective disability.  Rather, I would suggest we want a society filled with vibrant, exciting, inspiring diversity.  Because with diversity we are reminded of the vast range of human potential and that will never be a burden.